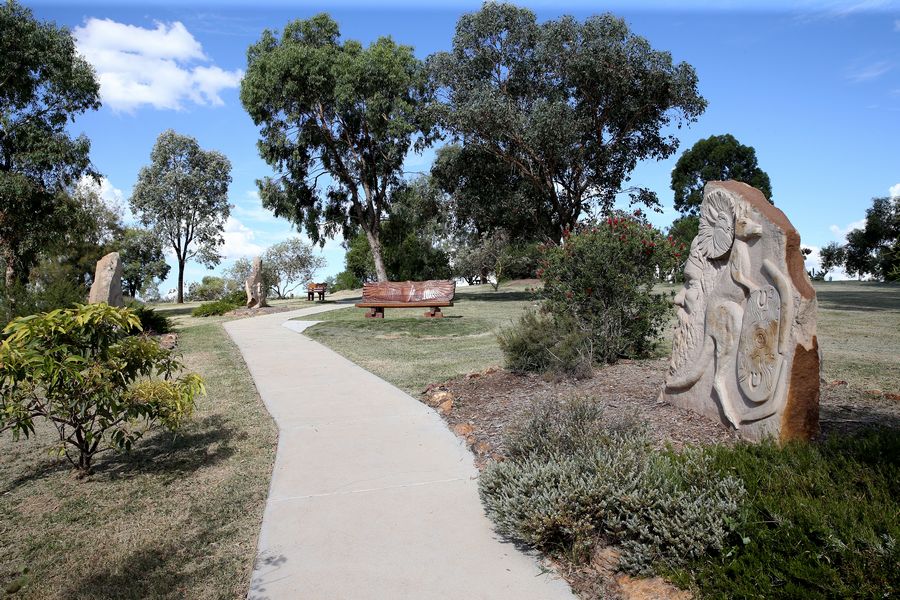 Pensioners Hill Heritage Sculptures are a striking reminder of chapters of Gunnedah’s history. Sculptures created by Carl Merten and Joan Relke and erected by the Rotary Club of Gunnedah West feature along the walkway to the top of this popular lookout. Here are the stories behind the stones:

This stone illustrates a coal miner labouring underground pushing a skip loaded with coal. Coal has been an integral part of the fabric of life in Gunnedah since 1880. On the other side is the Rainbow Serpent heading underground, where the energy of the sun has been stored in coal.

The early settlers brought their wives and children to the Gunnedah district. The pioneering woman, as depicted on this stone, suffered great hardship, facing a harsh environment, loneliness and isolation. The serpent continues on the back of this stone, forming the symbol for women.

The early settlers brought their flocks of sheep onto the rich grazing lands of the Liverpool Plains. Wheat became a major crop in the district with cattle replacing sheep as the dominant livestock. This sculpture illustrates this mix of agricultural enterprises. The serpent theme enters this stone as the symbol of agricultural fertility. The serpent's back suggests the familiar hills surrounding the fertile Gunnedah plains.

The Red Chief was the legendary chief, Cumbo Gunera, also known as the Red Kangaroo. This stone also features a red kangaroo, a kookaburra, the Red Chief's shield and boomerangs, designed and carved with the help of Ron Long and Mick Horne, members of the local Aboriginal community. A portrait of Bungaree can be seen in the lower left corner. In the centre of the shield is a symbol for the Place of White Stones, representing Gunnedah. On the reverse side is the Dreamtime story of how the Rainbow Serpent created the native animals from the colours of its skin. Here, the body and tail are depicted, with the Aboriginal symbol for water carved at the top of the stone. 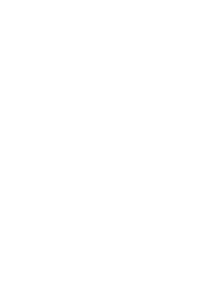